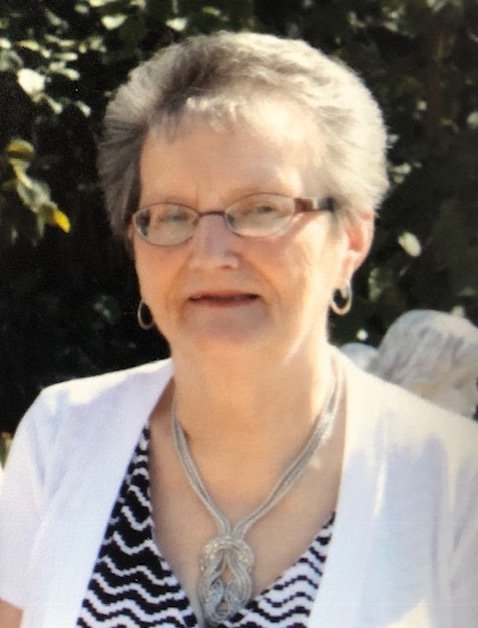 Please share a memory of Patsy to include in a keepsake book for family and friends.
View Tribute Book

It is with great sadness the family of the Late Mrs. Patsy Joan Noble announce her passing on November 27, 2018 at James Paton Memorial Hospital in Gander, at the age of 73 years.  Patsy was born in Twillingate on December 10, 1944; she was the daughter of the Late: Victor  and Evelyn Dalley. Left to mourn her passing are her loving husband of 55 years, Baxter; sons: Danny (Darlene), Dean and Derrick: daughters: Della (Nigel), Dale (Allan) and Danita; four grandchildren: Megan, Stephen, Chloe, and Bayley; one great grandson Jack, four sisters: Kate Randell, Florence (Calvin) Ginn, Audrey (Bill) Cooze, and Linda Weis; brothers: Harry (Hetti) Dalley, and Carl (Eula) Dalley; nieces and nephews, as well as a large number of family and friends. In addition to her parents she was predeceased by her brother Burt, brother-in-law, Hoover Randell and nephew Vincent Cooze.  Resting at the Salvation Army Church in Horwood with visitation on Friday from 2-4pm and 7-9pm. Funeral service will take place on Saturday, December 1, 2018 at 2pm, with interment to follow at the Salvation Army Cemetery in Horwood.  Flowers are accepted or donations may be made in her memory to the Cemetery Fund.