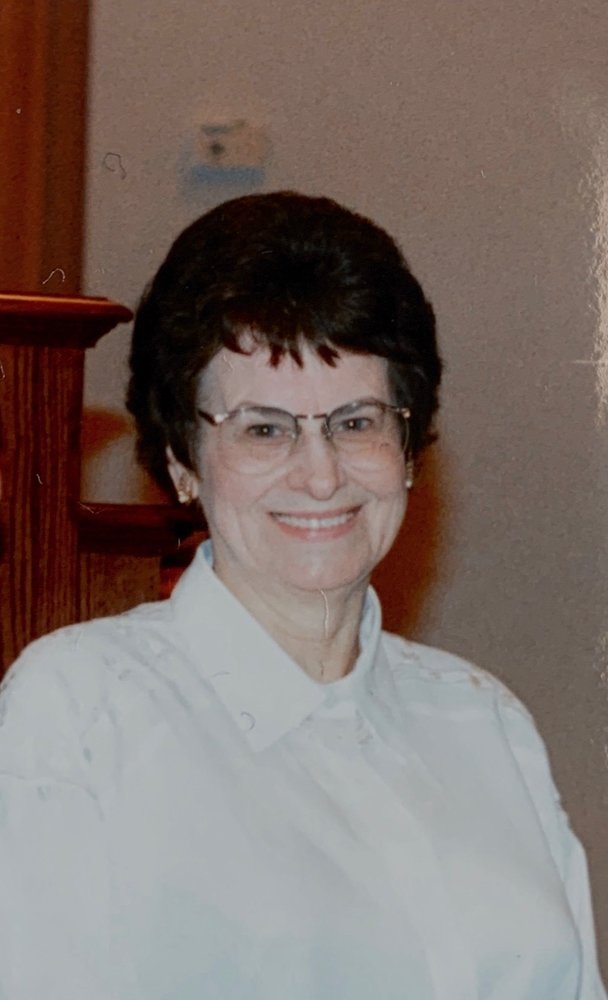 Please share a memory of Edna to include in a keepsake book for family and friends.
View Tribute Book
Passed peacefully away at James Paton Memorial Hospital in Gander, on Thursday, the late Mrs. Edna Jones Tetford of Laurenceton. She was predeceased by her husband, Maurice; parents, Cessen and Carrie Jones; sisters, Rowena Taylor and Doris Kinden; and her brothers, Walter and Hollis. Left to cherish her memory is her brother, George; her niece, Cathy (Wayne) Marchand; nephews, John, Brent, Stephen, and Rob (Janet); In-laws, Nora Tetford, Bernice Tetford, and Ella (Gordon) Stewart; step-children, Shawn (Beverly), Jockelyn (Peter) Feltham, Trevor (Susan), Rodney (Valerie), Gregory (Kathy), Bradford (Sandra), Bevin (Kimberly), Shelley (Steve), Patti, Shirley (Joshua) Swamidas, and their families; her closest friends, Irene, Barb, and Bernadette in Nova Scotia, Terri in Kanata, ON, Grace Tetford and Ada Keeping in Laurenceton. Edna attended school in Point of Bay, and received her post secondary training in Grand Falls and Ontario. She spent her work life in Nova Scotia as a doctor’s administrative assistant at I.W.K. Children’s Hospital. As a result of her work relationship with the doctor who served on the Rhodes Scholarship Committee she was pleased when asked to transcribe the applications of the students who had applied to this prestigious scholarship. Edna loved to travel and visited many exotic places throughout the world. In her free time, she loved doing crossword puzzles, playing a game of scrabble, spending time outside and she especially loved swimming. In 1992 she reacquainted with her first boyfriend, Maurice, and seven months later married him. She settled in Laurenceton and enjoyed working outdoors and dearly loved fishing, farming and spending time in the woods with him. She often commented how much she loved this lifestyle and had many fulfilling years with Maurice, until his passing in 2013. Edna continued to reside in Laurenceton but kept her connection to Nova Scotia with annual visits. She lamented getting older, although she often argued she was never old, and proudly continued an independent life until her passing. Arrangements are under the care of Families Funeral Home in Lewisporte. Funeral service and burial will remain private to the family. Donations in Edna’s memory may be made to ERDO Child Care Plus at erdo.ca Select “News and Resources,” then “Free E-Cards.” Under “Send an eCard” select “Choose your eCard,” then “Browse by Memory” and “In Memory.”

Share Your Memory of
Edna
Upload Your Memory View All Memories
Be the first to upload a memory!
Share A Memory
Plant a Tree