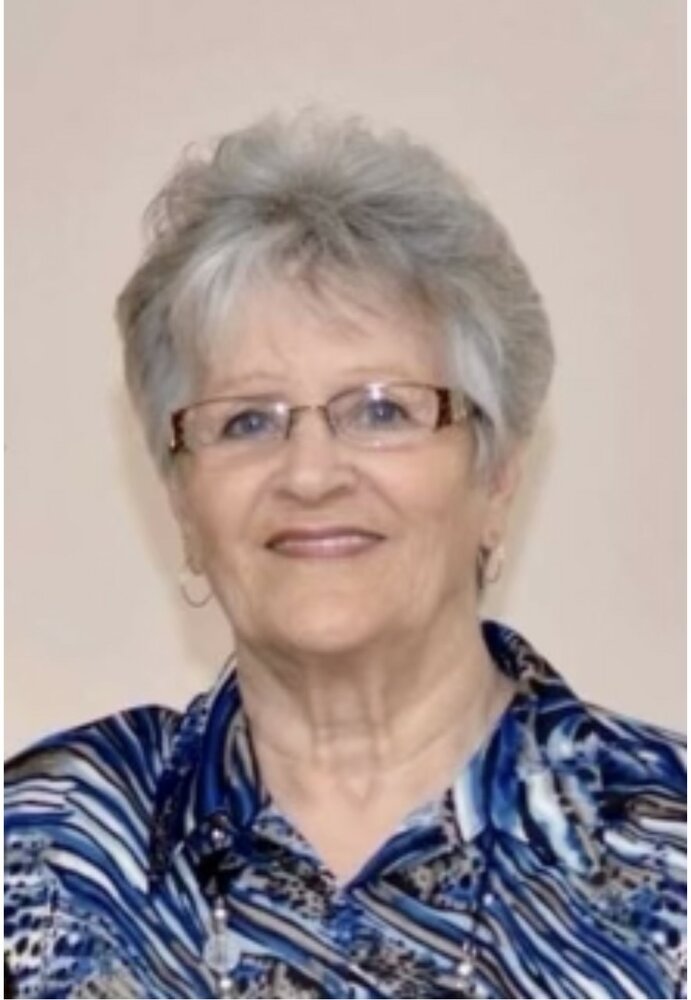 Please share a memory of Shirley to include in a keepsake book for family and friends.
View Tribute Book
Mrs. Shirley Lush of Campbellton-passed peacefully away in the presence of her loving family at the Lewisporte Health Centre on Sunday, February 20, 2022, at the age of 81 years. Shirley Cavelle Lush (nee, Harnett) was born September 4th, 1940, to the late Maude and Stewart Harnett she is predeceased by husband Alvinwood, daughter Debbie; sister Beth, brothers Lawson and Roy; sisters-in-law Jackie Harnett, Ruby Curtis, Doris White, Faye Baldwin and Gloria Lush, brothers-in-law; Sterling Snow, Edwin Noftle, Iliffe Snow and George Lush. Left to mourn her passing are her children, Glenda (Dave) Norman, Kevin (Fronie), Kenny (Paulette), Kelley Lush and Tracy Lush. She will be lovingly remembered by her grandchildren: Nadine (Russ), Jason (Deanna) David (Katherine), Kimberley (Chad), Lawson (Nicole), Devin, Amy and Kayleigh; great-grandchildren: Abby, Emma, Annalise, Aden, Maddox, Carter, Charlie, Will, Norah and Kara. Also leaving to cherish her memory are her brother Wilfred, sisters Edith, Ada, and Boni; sisters-in-law Breta, Alva, Edith Harnett; brothers-in-law; Stan, Ted (Norma), Kenneth (Brenda) and Leon (Debbie), many nieces and nephews and other relatives and friends. Resting at Families Funeral Home with visitation on Tuesday from 2-4pm and 7-9pm. (following government requirements). Funeral service will take place on Wednesday from Families Funeral Home at 1pm by invitation only. Interment will follow at the Salvation Army Cemetery in Campbellton. As expressions of sympathy flowers are accepted or donations may be made to the Salvation Army Cemetery Fund in Campbellton.

Share Your Memory of
Shirley
Upload Your Memory View All Memories
Be the first to upload a memory!
Share A Memory
Plant a Tree