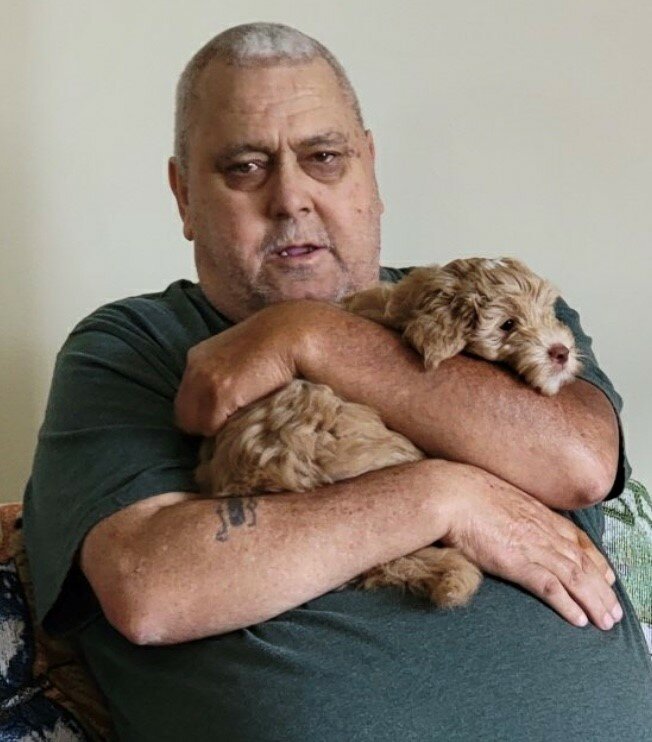 Obituary of Wylie B. Gidge

Please share a memory of Wylie to include in a keepsake book for family and friends.
View Tribute Book
It is with heavy hearts the family announce the passing of Wylie Gidge of Lewisporte on Saturday, September 10, 2022, at the age of 65 years. Predeceased by his parents John & Mary Jane Gidge; his brothers Calvin & Ronald and sisters Mildred Gidge and Deloris; brother-in-law Gerald Baggs and his sister-in-law Wendy Gidge. Leaving to cherish his memory are his spouse, Shirley Welsh; children Lynette Burt, Fabian Gidge, Faron Gidge; grandchildren Gabriel, Benjamin, Teagan, Freddie, Rylee, Dorothy; stepchildren Tracy (Herman) Keats, Cordell (Cheryl) Hart, Nellie Hart, Floyd Hart. As well his siblings Doris Baggs, Norma (Eric) Greenham, Brian Gidge, Glenn (Diane) Gidge, Larry (Christine) Gidge, Darlene Keddy, along with nieces and nephews, sister-in-law Gladys Gidge and brother-in-law Rod Woolridge and other family and friends Resting at Families Funeral Home on Tuesday from 2:00 to 4:00 p.m. and 7:00 to 9:00 p.m. Funeral service will take place from the Central United Church in Newville on Wednesday, September 14, at 1:00 p.m. with interment to follow at the United Church Cemetery Hillgrade. Donations may be made in his memory to the Heart and Stroke Foundation.