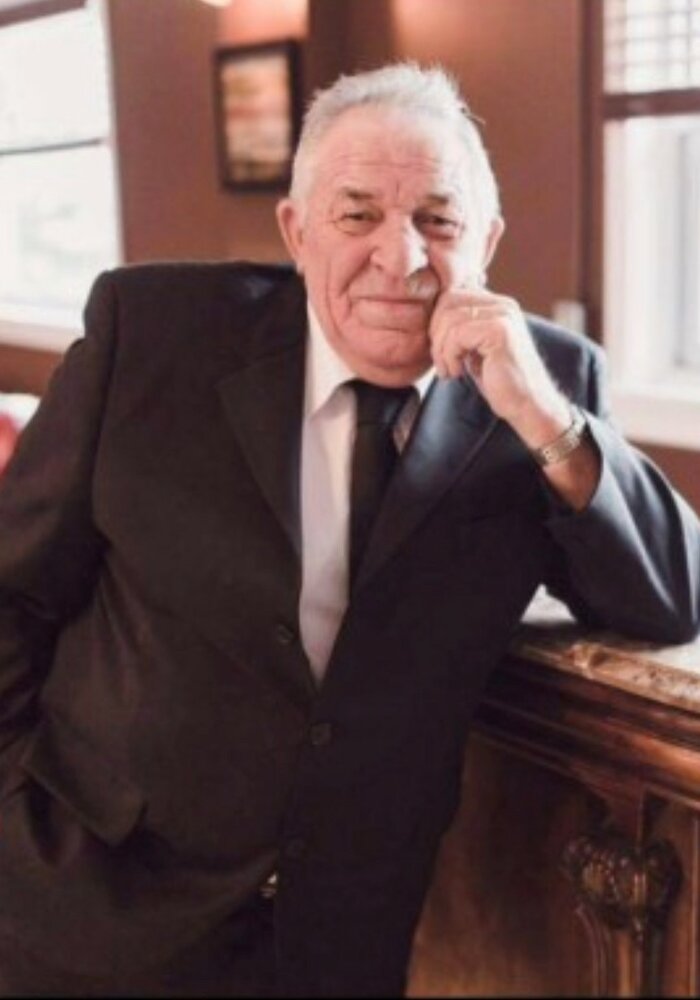 Please share a memory of Ewart to include in a keepsake book for family and friends.
View Tribute Book
It is with great sadness we announce the passing of Ewart Kevin Rideout. He passed peacefully on December 1,2022, surrounded by his loving family at James Peyton memorial hospital. Ewart was a loving Husband, father, grandfather, brother and uncle. Leaving to mourn with fond and loving memories, his wife of 49 years Myrtle (nee Hart), son Paul Hart (Maureen), daughters Ann Rideout-Caillie (Stephane), and Patty Rideout, Grand children Ashton, Austin, Peyton, Lucas, and Noah as well as his sister Maxine Stephenson, sisters-in-law Betty and Maud Rideout and many nephews and nieces who were held close to his heart. Ewart was predeceased by his parents Rodney and Ethel (nee Mills) Rideout. Also predeceased by his brothers Louis, Leonard, Dexter (Dick), Winston, Morton and sister Shirley who he remembered with love. Ewart will be remembered as a strong, loving, loyal man with quick wit and a gentle soul. He loved the outdoors and spent most of his life in the woods, hunting, fishing and cutting firewood. He was also talented at gardening and enjoyed sharing his crops with family and friends. Also known as an amazing cook, his tips and recipes will be shared for generations to come. If love could have saved him, he would have lived forever. Visitation will take place from Families funeral home on Monday December 5, 2022 from 11-12 to be followed by a service of remembrance at 12 noon. Internment will take place at a later date. As an expression of memory and to honour his beloved grandchildren, nieces and nephews a donation can be made to Ronald MacDonald house Newfound and Labrador.

Share Your Memory of
Ewart
Upload Your Memory View All Memories
Be the first to upload a memory!
Share A Memory
Plant a Tree