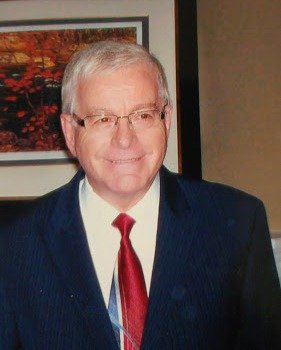 Please share a memory of Rev. Dr. Ross G. to include in a keepsake book for family and friends.
View Tribute Book

Ross was born and grew up in Campbellton, NL and married his high school sweetheart, Hazel Quinlan.  They were blessed with two children, Carla and Justin.

Ross graduated from Eastern Pentecostal Bible College in 1977.  He was ordained with the Pentecostal Assemblies of NL and he Pastored churches in Bunyan’s Cove, Laurenceton, Point Leamington, Labrador City, and Botwood. NL; as well as Dartmouth, Nova Scotia and Windsor, Ontario.

To further his studies he returned to University and graduated with a BA, MA and D.Min (Doctor of Ministry).  He was the author of two books, “Prime Ministers of Canada Quiz Book” and “Thundering Silence.”

After spending 17 years of ministry as Associate Pastor to Rev. Mark Hazzard in Windsor, Ontario, Ross retired in 2013, due to his illness with Parkinson’s.

Donations can be made in his memory  to the General Missions Fund, Philadephia Pentecostal Tabernacle, 362 Main Street, Lewisporte,   email:  info@pptl.ca

Share Your Memory of
Rev. Dr. Ross G.
Upload Your Memory View All Memories
Be the first to upload a memory!
Share A Memory
Plant a Tree