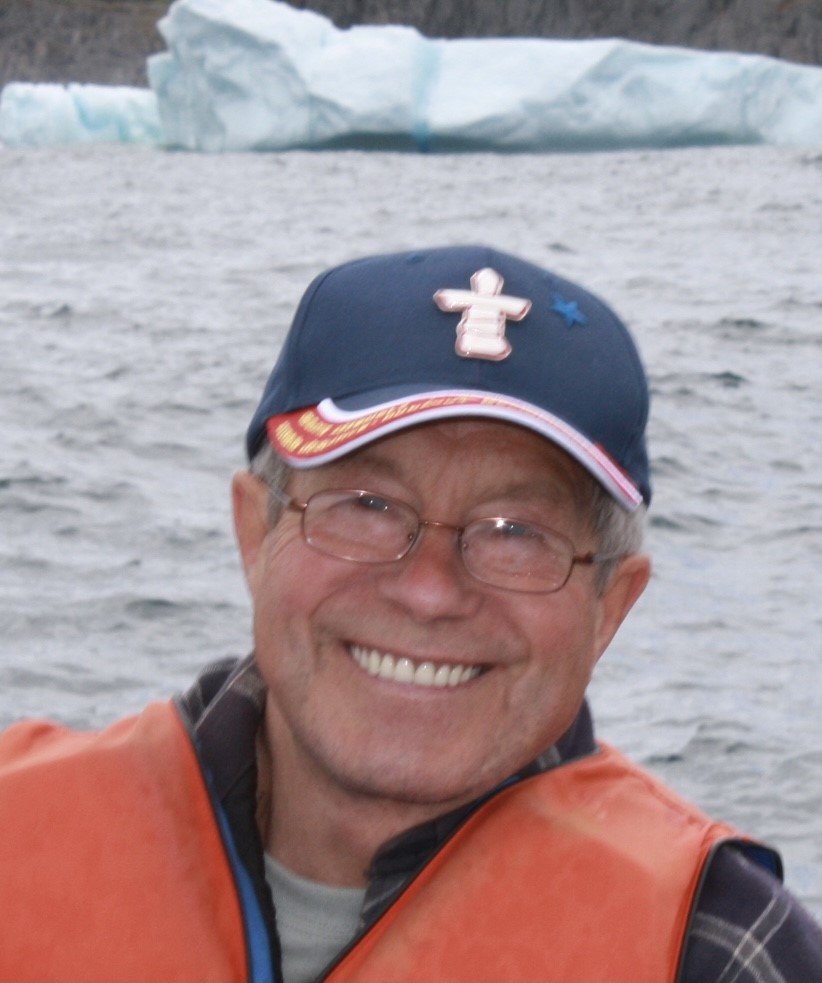 Please share a memory of Edward to include in a keepsake book for family and friends.
View Tribute Book
It is with great sadness that the family of the late Edward J. Sheppard announce his passing on Monday, October 26, 2020 at James Paton Memorial Hospital in Gander at the age of 75 years. Edward was born in Twillingate, son of the late William and Alma (Nee Kinden) Sheppard; in addition to his parents he was predeceased by his infant brother Eric Eldon. He leaves to mourn with fond and loving memories: the love of his life Jean (Nee Lidstone); children: Derek (Elaine), Brad (Tonya) Natalie (Dave) Bursey; grandchildren: Kristi (Ryan), Justus, Ethan, Aaron, and Emily; siblings: Bert (Joan), Nelson (Alma), Grace (Andrew)Payne, Paul (Wilma)and Eli (Agnes); uncle Otto (Grace) Sheppard. As well many nieces and nephews, cousins and a large circle of other relatives and friends. Edward was affectionately know by his second name, Joy while growing up in Stagg Harbour. He finished high school at 16, went to Summer School for six weeks and then began his teaching career in Peterview. It was in Botwood that he met the love of his life, Jean, and they married in 1964. They lived in Botwood in the early years and then moved to Lewisporte in 1968 with their young family. He taught in Ralph Laite Collegiate for most of his teaching career and spent many years there, first as Vice principal, and then as Principal. He retired from teaching in 1993. While teaching he also completed his University training through correspondence, finishing with a B.A., B.Ed. and Master’s Degree. A few years after retiring, he and Jean started a new adventure in Cape Dorset, Nunavut, where he served as Principal for about 5 years. In recent years he enjoyed the quite life, spending time at the things he loved; reading, memorizing his favorite verses and chapters of the Bible, outdoor activities and visiting his children and grandchildren. Edward Joy loved the Lord for many years and served God through his faith and his actions. He always had a smile and encouraging word and made an impression on everyone he met. Resting at Families Funeral Home in Lewisporte with visitation on Wednesday from 1pm to 4pm (following government restrictions). Funeral service will take place on Thursday, October 29, 2020 at 2pm from Philadelphia Pentecostal Tabernacle in Lewisporte by invitation only. Interment to follow at the Pentecostal Cemetery in Lewisporte. Flowers accepted or donations may be made in Edward’s memory to the Heart and Stroke Foundation of Canada Newfoundland and Labrador Chapter.

Share Your Memory of
Edward
Upload Your Memory View All Memories
Be the first to upload a memory!
Share A Memory
Plant a Tree