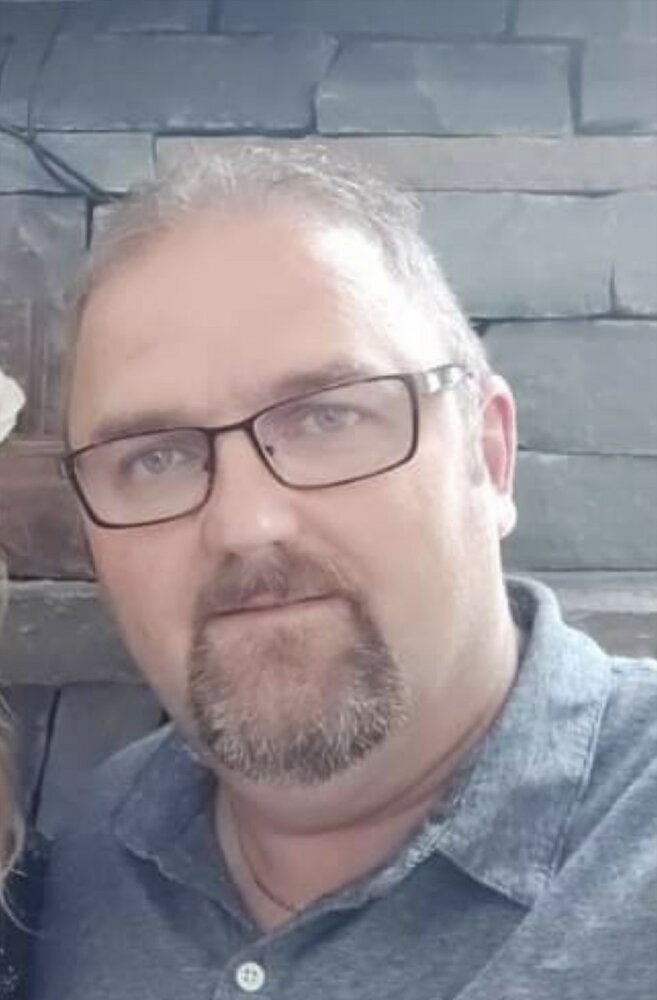 Please share a memory of Pastor Stephen to include in a keepsake book for family and friends.
View Tribute Book
It is with broken hearts that we announce the passing of Stephen Ross Everett Jenkins on Thursday, April 28, 2022 at the age of 48. God took him in his arms and carried him home while sleeping peacefully after his short, but fierce battle with cancer. Leaving to mourn his precious life, his loving wife Stephanie and son Andrew; parents Ross and Thelma Jenkins; sister Melissa (Kevin) Rogers, father in law Hardy Perry, brother in law Paul (Brenda) Perry, niece Victoria (Josh) Reid and nephew Lucas (Olivia) Perry. Stephen will be missed and lovingly remembered by his large circle of extended family members, friends, and colleagues. He was predeceased by his infant daughter Olivia, mother-in-law Bertha, his grandparents: Lewis and Ruth Jenkins, Everett and Rosie Langdon and his step-grandmother Delphine Langdon. Stephen and Stephanie were married on June 29th, 1996. That year they started their journey in ministry in Gaultois at Good Tidings Church where they stayed until 1999. Moving then to Windsor Pentecostal Church, GFW. During 2004 they moved to Bethel Pentecostal Tabernacle in Happy Valley Goose Bay and in 2011 to the Good Tidings Pentecostal Assembly in Port Saunders. Their most recent ministry is with Bethel Victoria. Visitation will take place from Families Funeral Home in Lewisporte on Saturday and Sunday from 2-4pm and 7-9pm. Pastor Brian Brown will conduct the funeral service from the Philadelphia Pentecostal Tabernacle in Lewisporte on Monday, May 2nd,2022 at 11:00am with interment to follow at the Pentecostal Cemetery in Lewisporte. Flowers accepted or donations may be made in his memory to the Bethel Victoria Building Fund.

Share Your Memory of
Pastor Stephen
Upload Your Memory View All Memories
Be the first to upload a memory!
Share A Memory
Plant a Tree