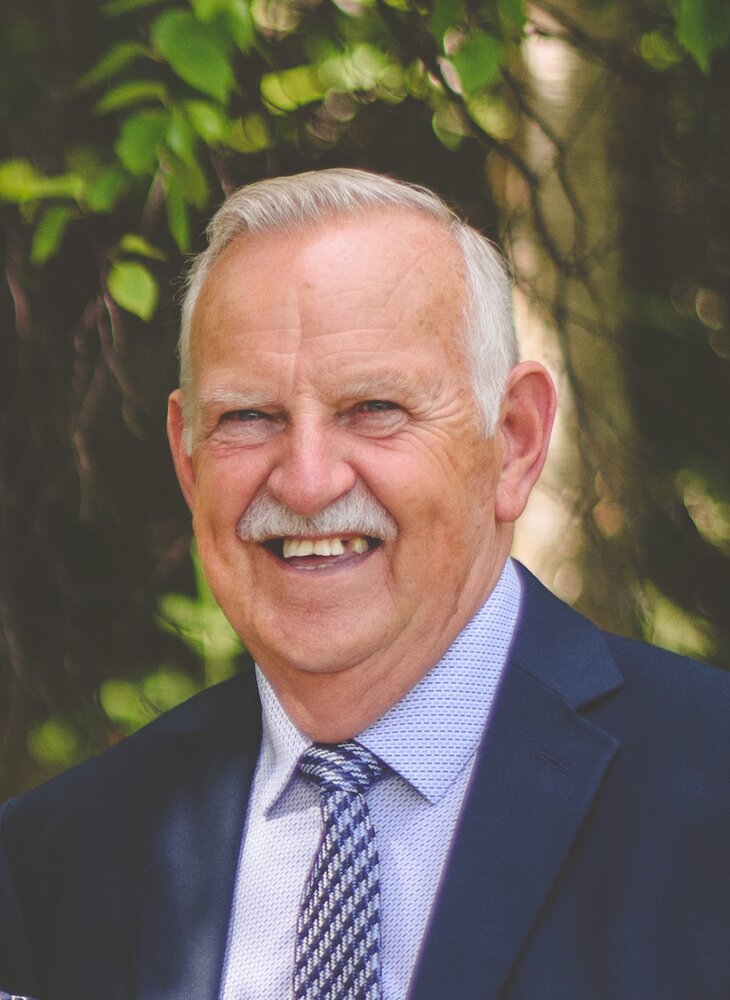 Please share a memory of Pastor Garfield to include in a keepsake book for family and friends.
View Tribute Book
. Garfield Byron Pinksen was born on January 17, 1950 to Cecil and Mary Pinksen. As a young man, he worked at Springdale Hospital. It was there he met the love of his life, Florence. They were married on August 20, 1970. Together they shared a life of love, and exemplified a true commitment to each other. They had two children, Tina (Dwayne) and Stephen (Sharla), of whom he was very proud, and was often heard sharing stories of their latest accomplishments. They pastored in the following assemblies: Cormack (1971-74), Lushes Bight (1974-75), Norris Arm South (1975-79), Stoneville (1979-92), Triton (1992-98), Happy Valley-Goose Bay (1999-08), Roddickton (2008-14). He preached with passion, and lived what he preached in both words and actions. They retired to Lewisporte in 2014, making it their home, and becoming faithful members of Philadelphia Pentecostal Tabernacle. Our dad lived an authentic life of faith and humility, giving generously to others, while never expecting recognition or anything in return. He was known for his unending patience and attention to detail; he was always there to help - from untangling and repairing Christmas lights, or decorating for a special occasion, to caring for the yard. He was an outdoorsman, enjoyed rabbit and moose hunting, and berry picking. He loved winter - snowmobiling, ice fishing and snowshoeing through the trails, especially if the grandchildren could join him. His smile seemed the brightest when his grandchildren were around, he was never one to brag unless it was about them, and he looked forward to meeting his first great grandchild. His favourite occasions included family gatherings and even more so if there was a feed of lobsters. Without complaining, he courageously fought cancer, and was not afraid to die. On October 13, 2022, he made his last move and went to his eternal home. Left with cherished memories are his wife, Florence, his children Tina (Dwayne), Stephen (Sharla), and his grandchildren Emily (Jared), Joey (Chloe), Sharlie, Russell, and Ryder, as well as a large circle of family and friends. The family would like to say a very special thank you to the cancer clinic in GFW, Health Sciences Centre, and all those that helped care for him, especially to Charlene Downey and Dr. Joanne Hickey, who went above and beyond. Additionally, all the friends and family that supported them through his journey. Visitation for Pastor Pinksen will be at Families Funeral Home on Saturday, October 15 from 2 – 4 pm and 7 – 9 pm. Funeral will take place on Sunday, October 16 at 2:00 pm from Philadelphia Pentecostal Church, Lewisporte. Donations in his memory may be made to "Candlelighters", a charity for children living with cancer.

Share Your Memory of
Pastor Garfield
Upload Your Memory View All Memories
Be the first to upload a memory!
Share A Memory
Plant a Tree